The goal of this activity is to be aware of new extensions which have been imported into the environment in addition to the use of the Extension Usage Dashboard to focus optimization efforts / reduce the carrying cost to a Qlik deployment.

In the QMC, select Extensions. 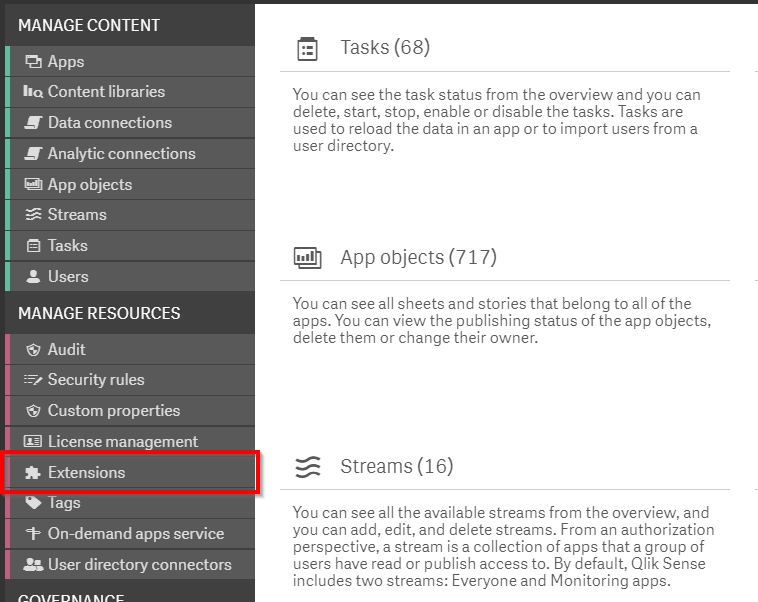 In the upper right hand side of the screen, select the Column selector and then select the Created column. To make the resulting table a bit more manageable, feel free to deselect the Tags column. 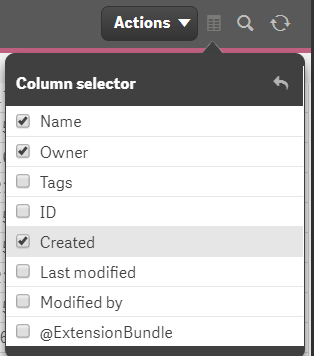 Given this overview of new extensions is rather minimal, a pre-built tool (Qlik Sense Extension Usage Dashboard) has been developed by the Enterprise Architecture team to help administrators provide more insight into what applications are using extensions and where. This will be covered next.

The Qlik Sense Extension Usage Dashboard, covered in this guide here, allows administrators to drill into granular metadata on extensions in their environment. The goal of this exercise is to take a look at high level KPIs which an administrator should monitor and take action on.

On the KPIs sheet in the upper right hand corner, the app will count the number of instances where a Qlik application is using an extension which has since become part of a Qlik Sense bundle. 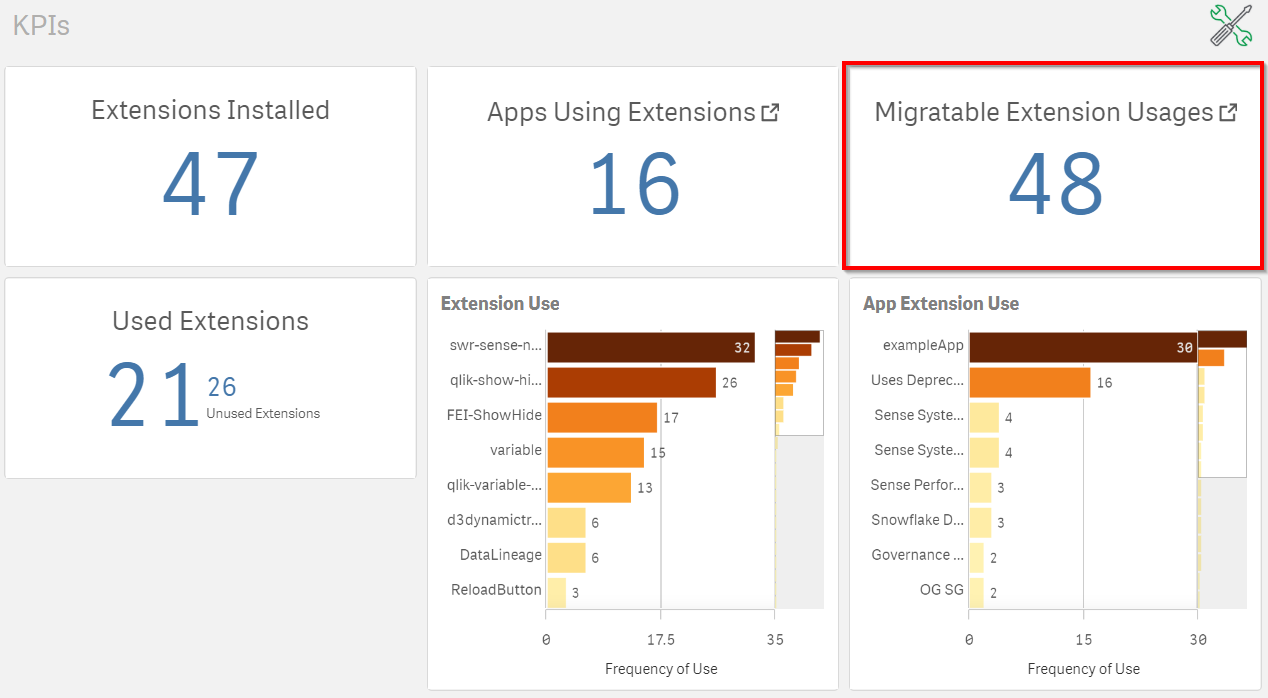 Take the below as an example. 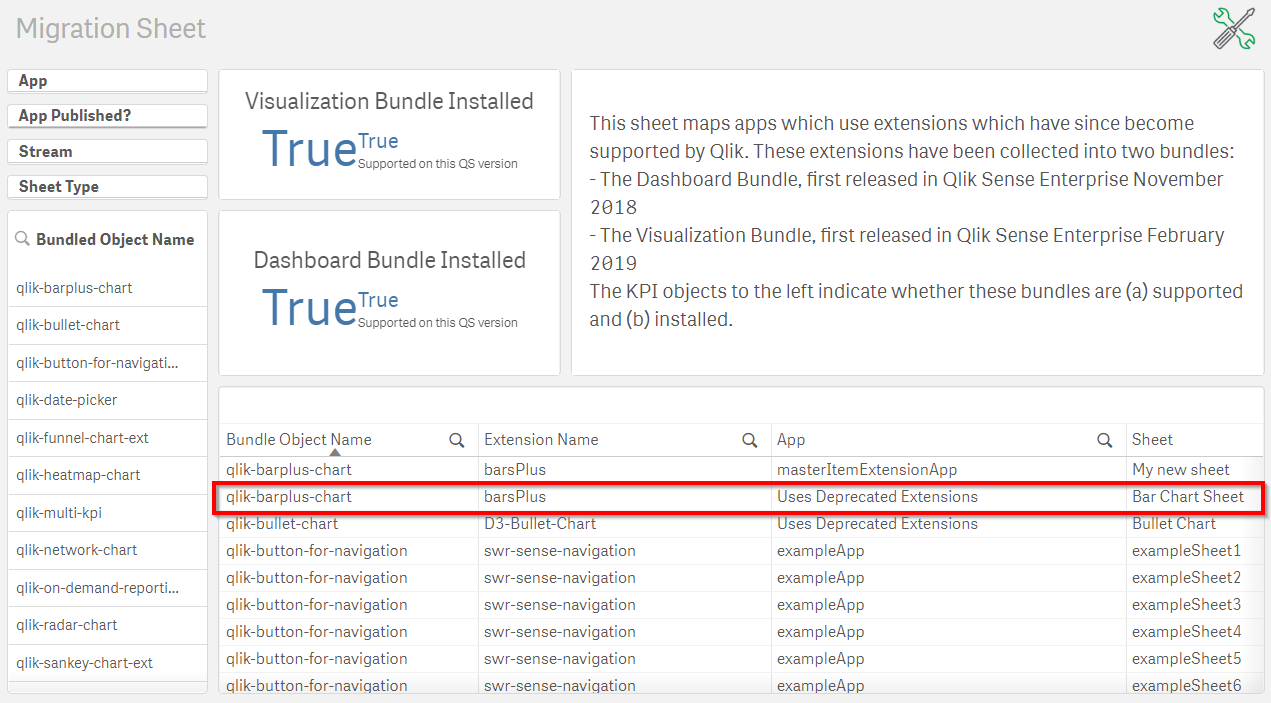 In this example an app named Uses Deprecated Extensions uses an extension named barsPlus on the sheet named Bar Chart Sheet. This extension can be replaced by the extension named qlik-barplus-chart and this app now will receive full support from Qlik should issues arise.

Administrators should monitor this metric and communicate with the application’s owner(s) to have their use of the deprecated extension changed to using the supported bundle from Qlik.

On the KPIs sheet in the bottom left KPI, the secondary measure is the count of extensions which exist on the Qlik server and which are not used in a Qlik app. 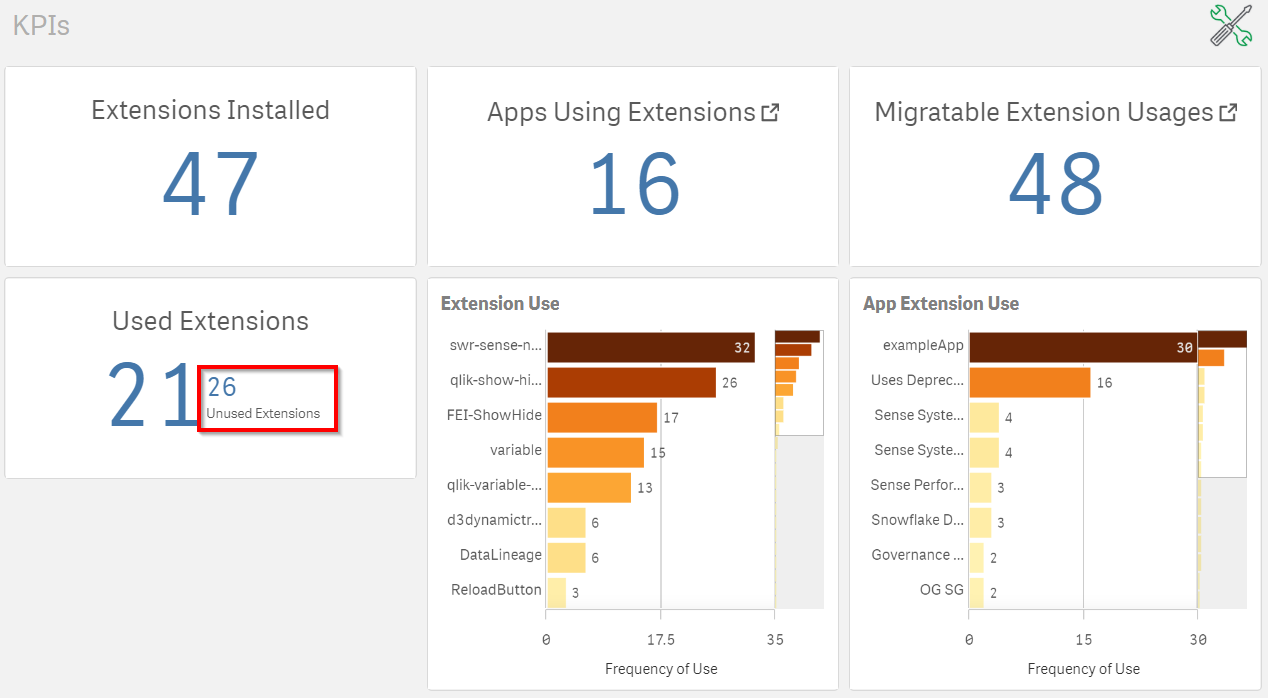 For a list of which extensions are not used, the administrator can do so in the Extension Overview sheet. 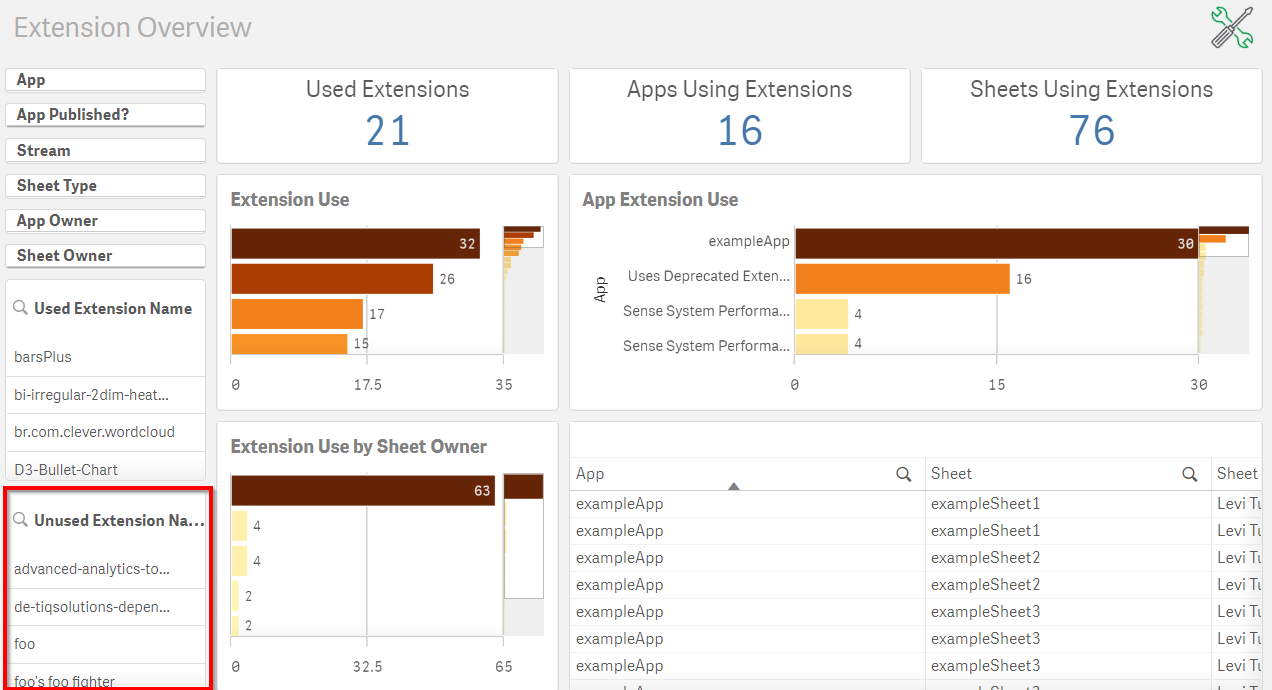 The last activity that will be covered is a bit more difficult to operationalize. For many Qlik deployments, as the number of used extension grows there is often an overlap of capabilities / visualizations / etc. It is not uncommon to have multiple types of bar chart extensions, for example. While this is not intrinsically a problem for deployments, the administrator is encouraged to use usage information from the Extension Usage Dashboard to focus energies on eliminating extensions which are not widely used and offer no or little unique capability from other extensions or bundles from Qlik. Over time this will reduce the efforts needed to test extensions after upgrades of the Qlik deployment.